The IS and LM curves together determine the AD schedule. The AD curve maps out the IS-LM equilibrium.

AD curve is drawn on the basis of following assumptions:

AD curve shows the amount of equilibrium output demanded at each price level. 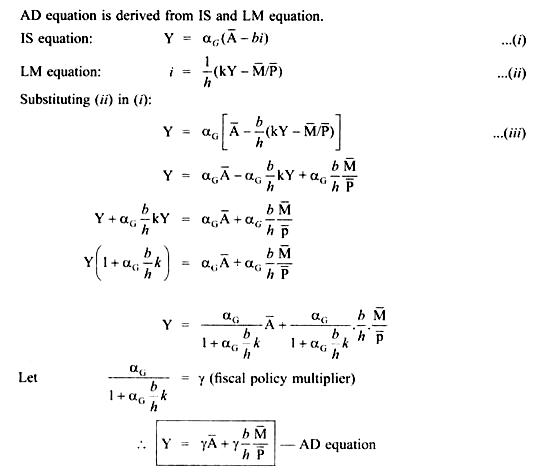 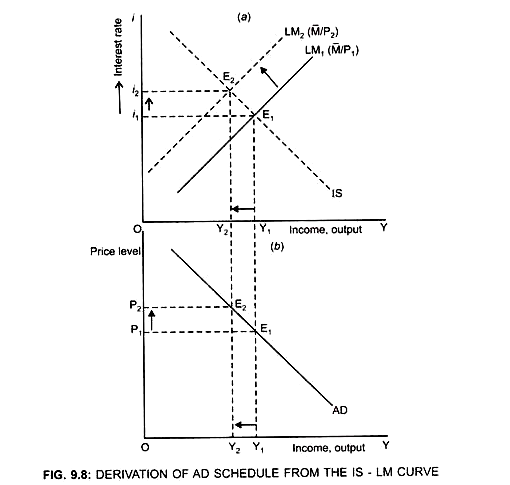 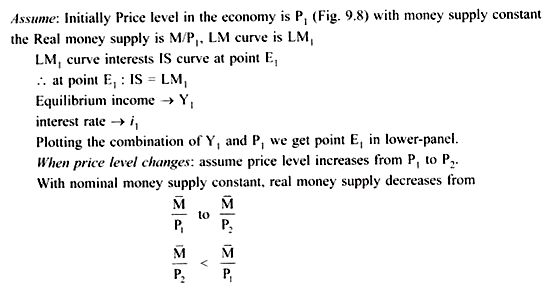 As a result LM curve will shift upwards to the left from LM1 to LM2 and new equilibrium is established at point E2.

Y2 corresponds to point E2 on the AD curve at price level P2 and we get point E2 in the lower panel.

Similarly, we can generate many points on the AD curve.

By joining the points E1 and E2, the AD curve is derived which is negatively sloped showing price and output level are inversely related.