We know that by exporting goods, a coun­try can expand its market overseas, while by importing goods it reduces the market for domestic goods abroad.

Anyway, aggregate demand becomes C + I + G + (X – M). The difference between X and M is referred to as balance of trade. 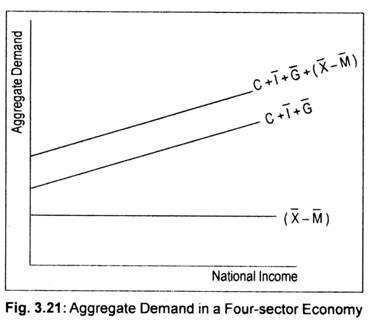 There are again two alternative appro­aches to determine equilibrium national income in a four-sector model. 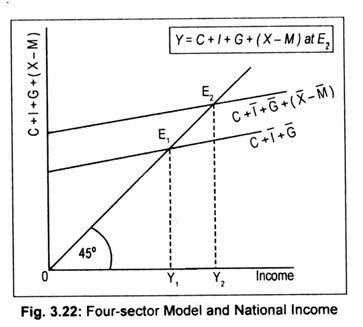 Equilibrium national income is determined when the sum of S + T + M equals the sum of 1 + G + X. In Fig. 3.23, I + G + X line has been drawn as parallel to the horizontal axis since these three elements are assumed to be autonomously determined. On the other hand, since saving, tax and import are assumed to be the direct functions of income, S + T + M line has been drawn as an upward rising line. As these two curves intersect each other at point E1, equilibrium national income, thus, determined is OY1. 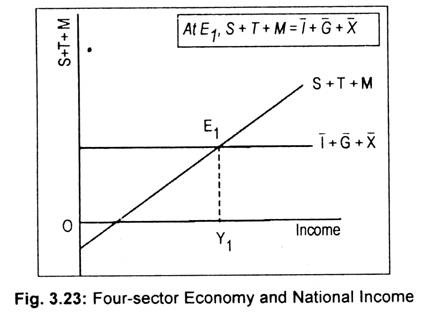