In the long-run, all costs are variable costs. There is no fixed cost.

According to modern theory of cost curves, long-run average cost curve (LAC) and long-run marginal cost curve (LMC) are L-shaped and not U-shaped as maintained by the traditional theory.

According to modern theory, long-run costs are mainly of two types: 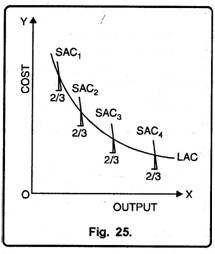 According to modern theory, shape of long-run marginal cost curve corresponds to the shape of long-run average cost curve. Relation between LMC curve and LAC curve is shown in Fig. 26 (A) and 26 (B) respectively. Fig. 26 (A) shows that when LAC is L- shaped and LAC curve is falling then LMC curve will also be falling and its falling portion will be below the falling portion of LAC curve. 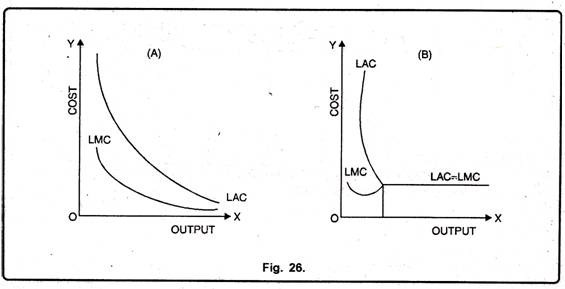