The IS-LM model finds the value of income and interest rate which simultaneously clears the goods and money market.

The interest rate and the income level should be such that both the markets are in equilibrium. The IS-LM shows the interaction between the goods and the money market.

Therefore, a simultaneous solution is required to find the equilibrium level of income and the interest rate. This is done through the Hicksian IS-LM framework. 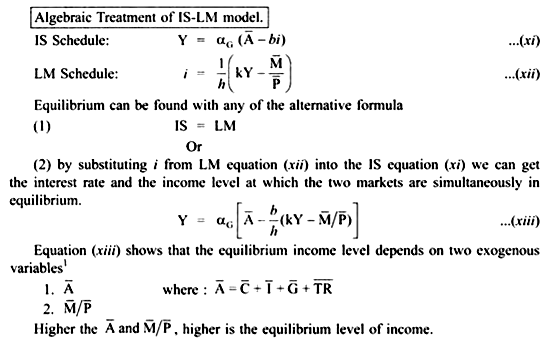 Therefore, at point E both the goods and money market are in equilibrium.

Thus, unless both the market reach equilibrium simultaneously, general equilibrium cannot be attained. Thus, the two markets are interlinked through the variables investment and interest rate where Investment is product market variable which determines real output (income) and the interest rate is money market variable which is determined by demand and supply of money.