It refers to effect of change in Autonomous spending on aggregate income through induced consumption expenditure. 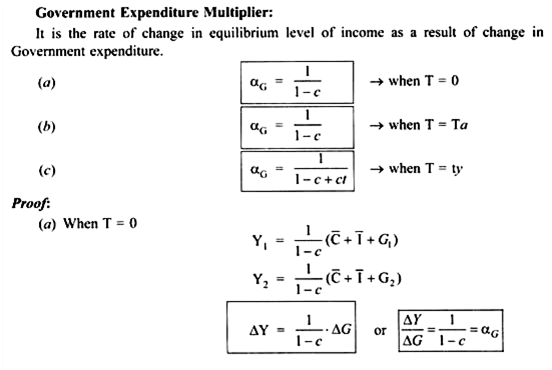 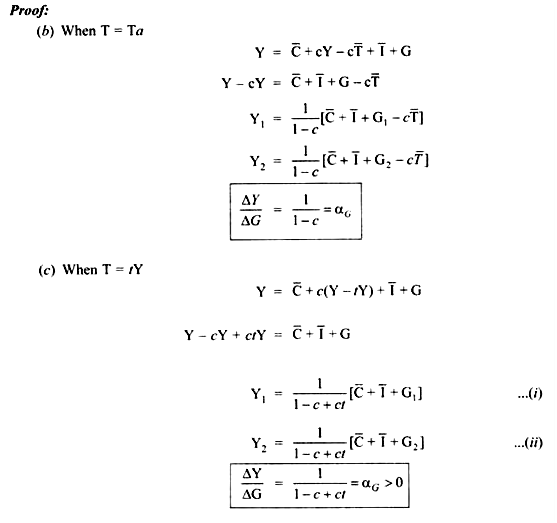 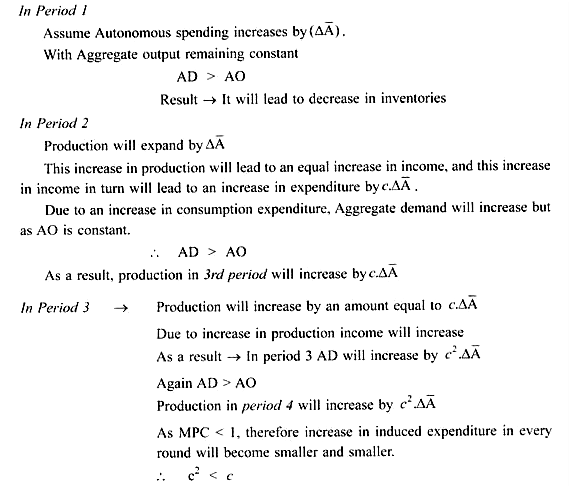 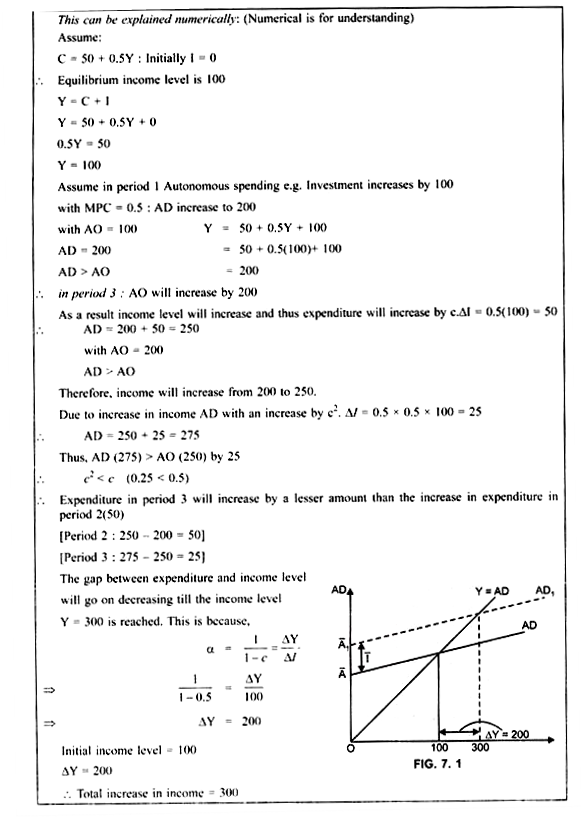 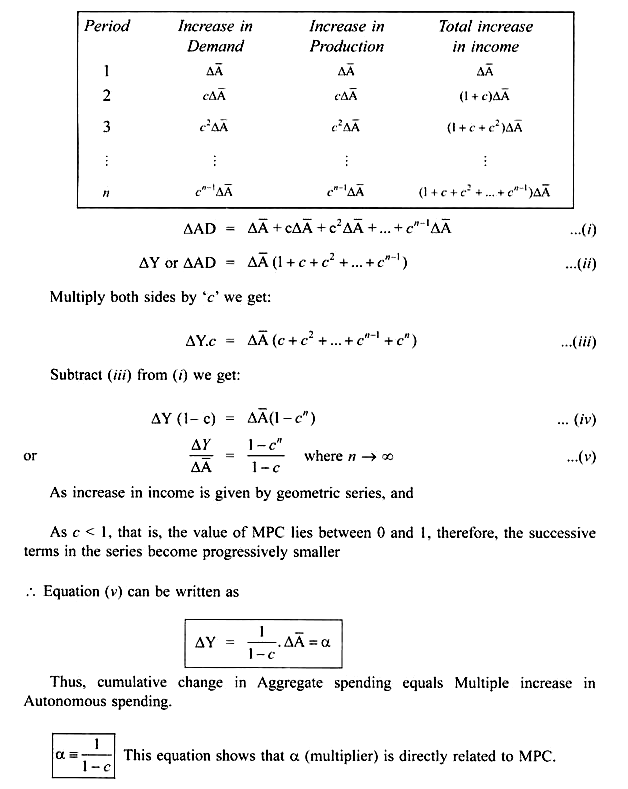 This is because high MPC implies that a greater fraction of additional increase in income will be consumed. Therefore, in every successive rounds (period), there will be greater increase in induced spending. 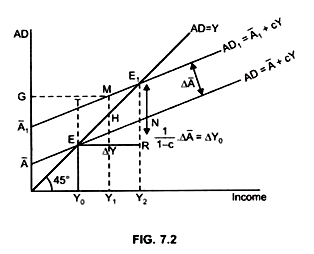 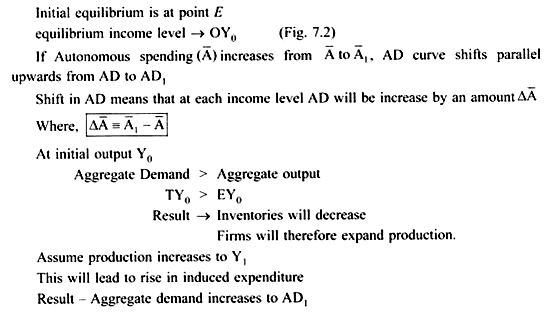 But at this output AD > AO by MH, that is, there will still exist a gap between AD and AO by MH.

To build up this gap again production will increase. As a result, the gap between aggregate demand and output will decrease (MH < TE) because MPC < 1

This process will continue till a balance between AD and Aggregate output is not restored. This is at point E1