In economics it is important to know the rate at which a variable changes in response to a change in another variable, the slope of a variable measures this rate.

For example, it is important to know the rate at which quantity demanded of a commodity changes in response to a change in price of a commodity. In the field of economics we find both linear and non­linear functions.

1. Slope of a Linear Function: 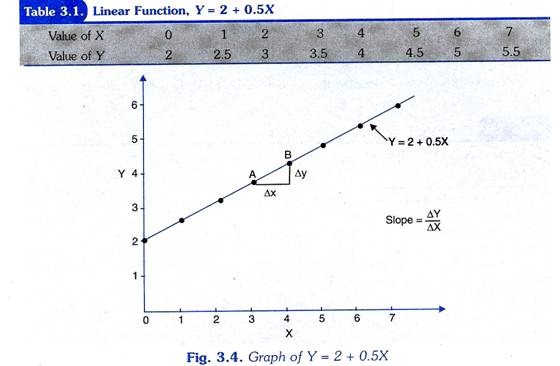 This implies that value of Y increases by 0.5 when value of X increases by 1. It should be noted that slope of a linear function is constant throughout.

2. Slope of a Non-linear Function:

The data so obtained have been plotted to get a curve in Figure 3.5. It will be seen from this Figure 3.5 that slope of the line AB which connects two points A and Bona curve representing quadratic function can be measured by taking the change in the value of y divided by the change in value of X. At point A, value of X is 1 and the corresponding value of Y is 9 and at point B, the value of X is 4 to which the corresponding value is 33. Thus, here ∆X = 4 – 1 = 3 and ∆Y = 33 – 9 = 24. 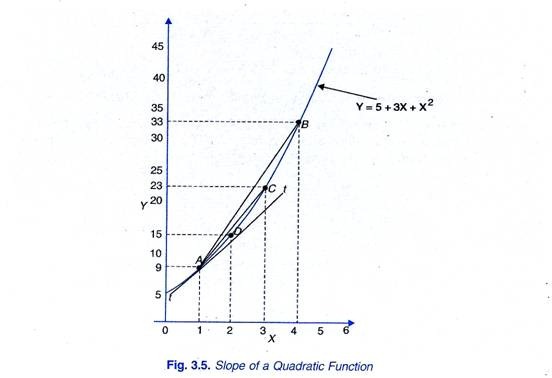 In a similar fashion, the slope of the straight line AD connecting points A and D on the non-linear quadratic function curve in Figure 3.5 is given by