This article will update you about the difference between Monopsony and Perfect Competition.

Given the same straight line marginal utility (demand) curve and the average cost (supply) curve, a comparison between prices and amounts of a commodity bought under monopsony and perfectly competitive buying can be made as under. 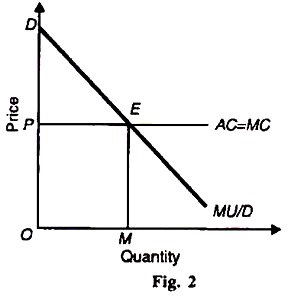 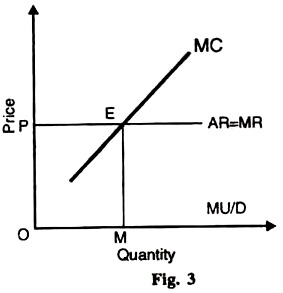 (b) Under increasing supply price when the average and marginal cost curves are rising, the monopolist will pay fewer prices than the competitive buyer and he will buy a little more than half the competitive amount. This is illustrated in Figure 4 AC/S is the supply curve of the industry under perfect competition and MU/D is its demand curve.

The equilibrium between the two is established at P where OQ amount is bought at QP price. The monopolist equilibrium is at point E and his price MB is less than the competitive price QP and the amount OM is somewhat more than half the perfectly competitive output OQ. 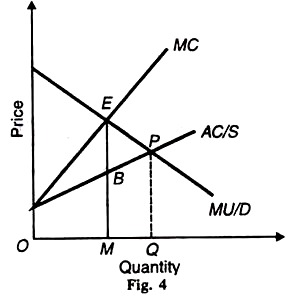 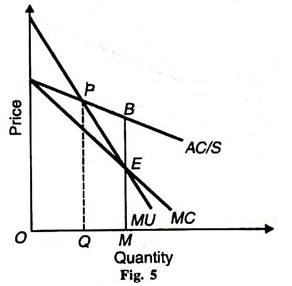 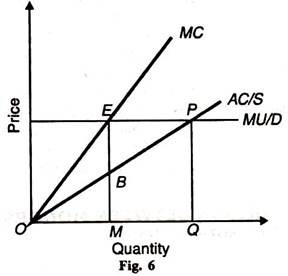